They assumed that 40-50% of infections were not identified as cases, resulting in a varying Infection Fatality Rate (IFR) in the 0.25%-1.0% range. (Editor’s note. The importance of this is that the Fatality Rate is arrived at by dividing deaths by infections. You get massively different answers depending on what proportion of the actual infections you assume to be confirmed. Ferguson took a figure that was curiously high.)

Then, based on this assumption, they write as follows:

“We used data on the PCR prevalence (Ed. Polymerase Chain Reaction Test. One of the tests used to ascertain exposure to Covid19) in international residents repatriated from China at the end of January 2020 to obtain age-stratified estimates of the infection fatality ratio (IFR). … We estimate a crude Case Fatality Rate (CFR) … in China of 1.38% … with substantially higher values in older ages. We obtain an overall IFR estimate for China of 0.66% (Range from 0.39% to 1.33%), again with an increasing profile with age.” They go on to adopt a figure of 1% from this range for the rest of their calculations.

Their “model” then “adjusted” the 2.8M to 2.2M. The “adjustment” from 2.8 million down to 2.2 million is not very important. Either way, they were predicting millions of deaths. However, if you assume that only 1% of the infected people actually become cases, rather than the 50% they assumed, you need to divide 2.8M by 50. That is:

The US total today is 65,000 deaths. Therefore, after replacing the 50% of infected people becoming actual cases used by Ferguson et al, with 1% becoming cases, we are in the right ball park, or in maths speak, the right order of magnitude. (Ed. Obviously people are still dying, but a standard SIR Model analysis puts us most of the way through the epidemic in the USA. See the graph from Singapore University of Technology and Design below. If deaths increase by a further 50%, that would be 97,000. Even if they increased fourfold from the estimate above, which is incredibly unlikely, they would only reach 200,000. Even this figure is in a different order of magnitude to the Ferguson prediction of over two million.)

Thirty million US people became unemployed because Ferguson’s “model” relied on Ferguson’s non peer-reviewed estimate (in medRxiv) that the correct calculation is:

The problem in this calculation is the assumption that 50% of all infected people will become cases. Depending on the Infection Fatality Rate (IFR), the expected number of US deaths would be, for example:

(Ed. Again, all of them way below the more than two million predicted by Ferguson.)

Taken with kind permission from an original post by Dr Knut Wittkowski.

Relevance to the UK.

Prof. Ferguson, as most of us now know, is the UK Government’s Chief Adviser on Covid19. He made exactly the same errors in his UK calculations, predicting half a million UK deaths. That is why we are in lockdown. That is why our economy is being destroyed. And a most disturbing fact is that Ferguson has an appalling track record in these matters. His predictions on Bird Flu, Swine Flu, Foot and Mouth and BSE (Mad Cow Disease) were all way over the top (See article here.) Reducing his prediction ten-fold or more, as is needed to correct it, puts Covid19 in the same ball park as seasonal flu. We never go into House Arrest or destroy the economy for that. 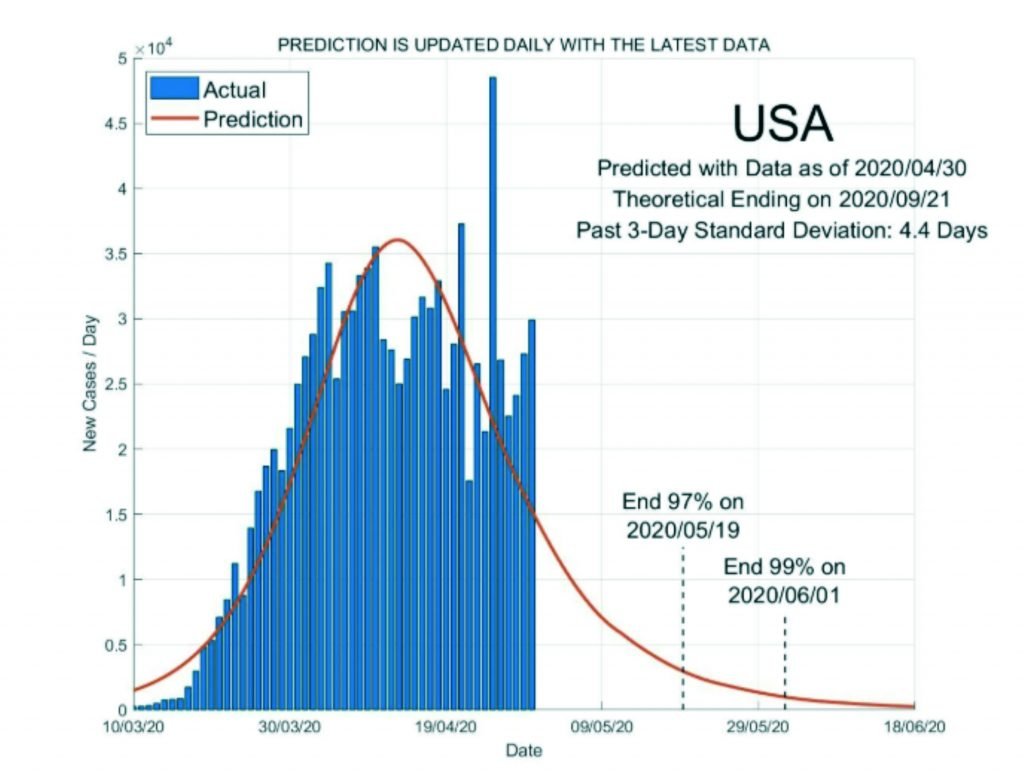